Many woes from one stem

Well, that was a day!

If it had been any other morning, an unexpected omission with my transportation wouldn't have been of so very much account, but this morning, I was supposed to be at a meeting in NK at 9 a.m. So I was displeased (and flabbergasted) to discover my stem missing when I went to unlock my bike this morning. 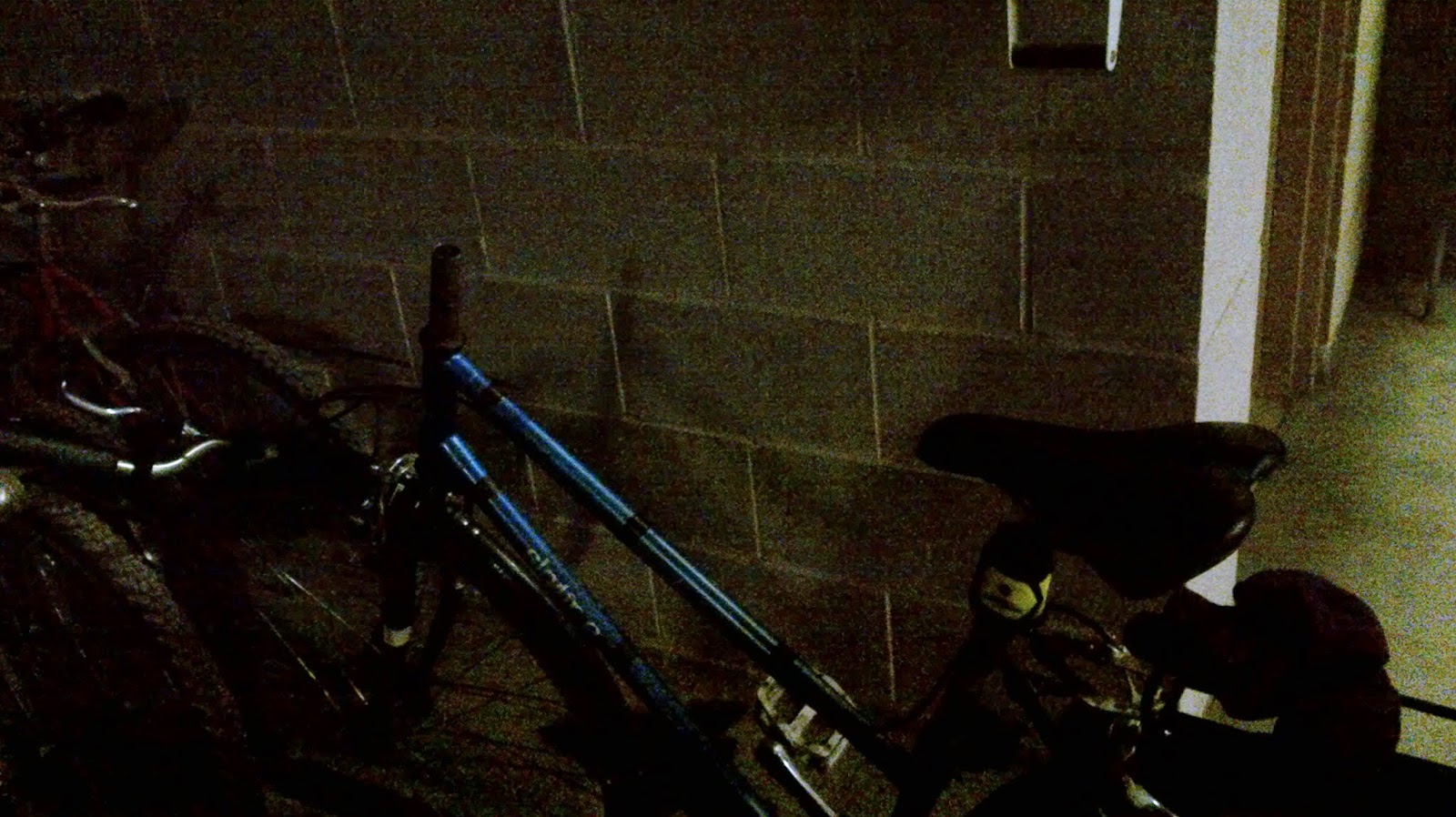 I rushed upstairs to my winter bike, hoping, after a conversation with a bike-riding (and bike-fixing) coworker, that a simple application of grease would partially address the problem that caused me to park the steed. After some lubrication, the chain was sagging like a plumber's pants and I realized the pushing and pulling in my drive chain was caused by the slack catching up with a start. In the drizzly back alley, I finally realized my rear derailleur was at fault for shifting forward, got my fingers good and greasy fiddling with the chain, and, after a few false starts up and down the street second-guessing whether continuing or throwing in the towel was a better idea, I was on my way, albeit cautiously and slowly. I was spinning like crazy in a low gear but afraid to change anything for fear of causing chain sag again.

All things considered, it's not too bad that I arrived only 24 minutes late. If you walked into your garage and found a wheel missing from you car, would you still manage to get where you need to go within half an hour of the proper arrival time?

The bike shop was encouraging on the phone about the possibility of a same-day fix if I got it there by 6, but they made no promises, so I left quickly after the meeting wrapped. Sailing along Gateway, I dared to switch gears but a big bump on Watt set the chain off again. Repeatedly, nothing appeared wrong when I dismounted, but it still caught every time I tried to pedal, so I walked it over the Louise Bridge, muttering and grumbling. There was also some yelling and kicking before I realized playing with the gears might help. I finally got things working to a modicum of satisfaction as I bumped along the treacherous sidewalk on Higgins (still safer than the road, especially with the occasional unexpected jerk nearly throwing my feet from the pedals).

Did I mention it was raining all this time? And the zipper on my pod also chose that morning to break completely, so my purse was hanging open to the elements on my back.

My mood did not improve with the discovery that the removal of handlebars changes the stability of the front wheel and the absence of a stem means there's nothing to keep the fork in place. I dropped a bunch of bearings several times and abandoned one plastic shim in a puddle over the course of my 2 km walk to the bike shop, as I alternated between awkwardly steering one-handed by the frame, and hosting frame in one hand with front wheel in the other.

To top it off, it was snowing by the time I emerged from Natural with a new, differently configured stem. My slightly more upright posture wasn't the best match for the snowflakes pelting my face and eyes, and the dropping temperature chilled me under a sodden jacket and sopping, filthy gloves.

The happy ending to this story is that the super (whom I dreaded calling to apprise of the theft, in case records are kept) happened to knock on my door about a water problem in the building (and was suitably shocked and dismayed at my loss) so I avoided an awkward phone call.

Let's just hope my bike is still all there tomorrow morning!
Labels: bike