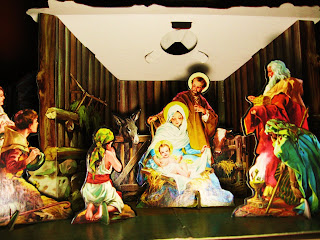 Enough with the innkeeper!

I was still a youth the first time I heard the “poor baby Jesus, rejected before birth and born in a stable” narrative called into question. Would first-century Middle Easterners really fail to fulfill their cultural and familial obligations to host even a distant relative?

Later experiences and study reinforced the suspicions about the historical accuracy of our favourite Christmas pictures. There weren’t really inns at that time in the way we think of them now, and the word used in the nativity story isn’t the same one used for a caravanserai in the Good Samaritan story, but rather the one translated as “upper room” in the Last Supper. If memory serves correctly, a Palestinian priest explained that the whole setting was quite normal: often women would move to the part of the house where the animals were stabled when it came time to give birth because it was warm and private there.

But perhaps a manger scene serves a function other than education. This is where I don’t demand that we throw out our little stables with the holy family and adoring shepherds. Yes, it is a pedagogical aid to an important story, but perhaps it also has to do with emotion. We’re so excited about this amazing story of Love come down to earth in a most vulnerable form that we want reminders of it in our homes.

Normally, I’m not one to put aside fact in favour of feeling, but I think there is something profound happening when children put things in the manger scene. Beloved dinosaurs. A favourite doll. A tractor. However wrong all the details may be (that is, everything except the characters, and even the wise men are wrong if they are depicted simultaneous with shepherds), something is very right if kids understand that important things should be present.

There’s a sacredness to what we’re trying to depict there – and it has more to do with how we respond to Christmas than about the veracity of the details we can cite. Understanding the invitation inherent in the event is more important than getting the architecture right. These children, with their frank, open spirituality, intuit something profound about the scene that we have difficulty assimilating in the rationality of our adulthood.

Bring on the unicorns.